Created
in winemaking in Victoria

Pettavel Winery boosts historical roots back to 1842 when David Pettavel settled in Victoria in the year to plant the first sucessful commercial vineyard. From hosting Prince Duke of Edinburgh in 1867 to entertaining five Prime Ministers in recent years, Pettavel as an established brand engraves all historical marks with these important events.

Mr. David Louise Pettavel, leading a group of vigerons from Switzerland, established one of Australia’s earliest wine regions in Geelong and then Yarra Valley. Together these man built an unprecedented glory of winemaking in the new world. The development history and entrepreneurship of Pettavel has been recorded as one of the three pioneers in Australian wine industry. His achievements have also been marked in the annals of history, and even recorded in 《The Australian People》etc. His award-winning papers have also been published and the works are kept in all major libraries around in many countries.

During recent years, Pettavel Wine won many domestic and international awards as James Halliday 5 star winery. The brand caters to needs of different market segments around the global although we have not covered many countries so far. The export to China and corporation with Swiss are experiencing significant growth. The wine tourism development project in Pettavel Yarra Glen Vineyard, as an iconic development program, is progressing and has generated strong interest in market. 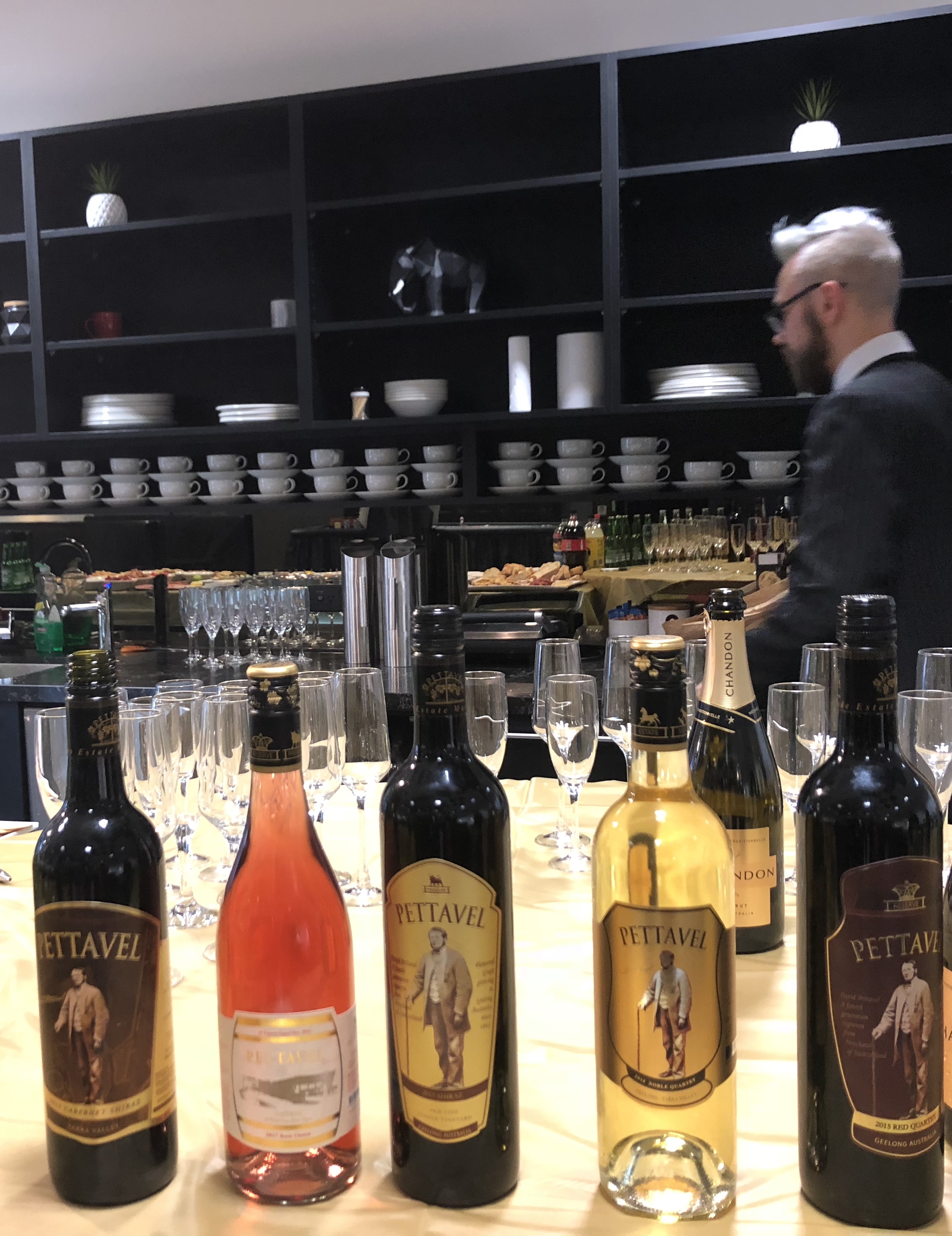 The Melbourne Cellar Door is open from 10am to 5pm from Monday to Friday and closed on weekends and public holidays.